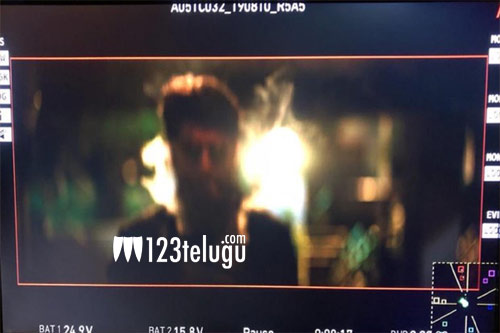 Nani’s silver jubilee film, V, had its formal launch a couple of months ago. The makers kick-started the shoot with Sudheer Babu and Aditi Rao Hydari, who are the other main leads in the film.

This morning, Nani joined V’s set and commenced shooting for his part. The film is touted as an action thriller and it is being directed by Nani’s mentor Indraganti Mohanakrishna. The film also features Nivetha Thomas in a lead role.

In V, Nani is said to be essaying a role which has negative shades. He is also rumored to be sporting a six-pack avatar in the movie. Dil Raju is bankrolling the film and popular Bollywood music composer Amit Trivedi is scoring the soundtrack. The film is slated for release in the Christmas weekend.