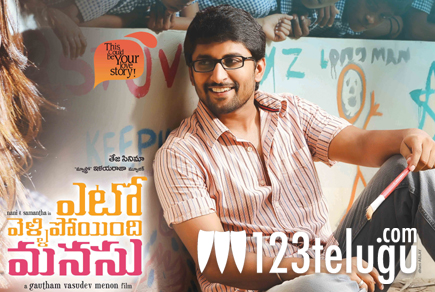 We reported a few days ago that young hero Nani is busy with the dubbing of his romantic entertainer ‘Yeto Vellipoyindhi Manasu’. The actor has wrapped up his work today. The movie is gearing up for a release on December 14th with good expectations. South Indian heartthrob Samantha is the heroine in the project.

Gautham Menon has handled the direction of the movie while maestro Ilayaraja has composed the music. The film is a bilingual, with Jiva playing the lead role in the Tamil version.

The film’s audio album has been received well.