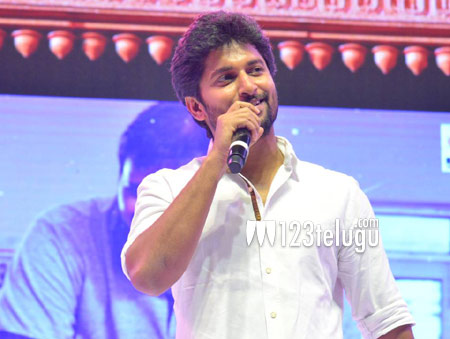 Nani’s career is going great guns these days. This year alone, he score two back to back hits with Nenu Local and Ninnu Kori, and now, he is extremely confident about the success of MCA.

Speaking at the film’s pre-release event in Warangal, the actor thanked the people and police officials of the city for helping them with the shoot. “When Venu Sriram told me the story, I could relate a lot to my character in the film and I saw all of you (fans). It’s something that each and everyone will relate to, and also be proud of. I am thrilled that I got a chance to work with DSP and Dil Raju once again. And what can I say about Sai Pallavi, she has already become my favourite co-star,” Nani said, adding, “I am very confident that everyone will love the film.”

Directed by Venu Sriram, the film stars Nani, Sai Pallavi and Bhumika in lead roles. It is slated for release on December 21.