Nani explains the definition of Middle Class Abbayi in a breezy teaser
Published on Nov 10, 2017 10:41 am IST 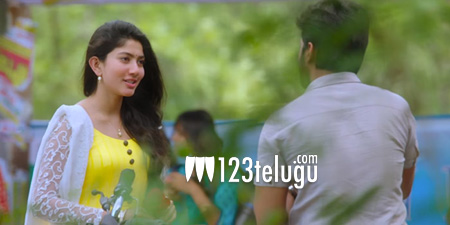 The much-awaited teaser of Nani and Sai Pallavi’s ongoing romantic family drama, Middle Class Abbayi (MCA), has been unveiled this morning. The teaser has Nani explaining to his friends the real definition of a Middle Class Abbayi.

MCA’s teaser also promises breezy romance between the lead actors – Nani and Sai Pallavi. Nani has been on a winning streak for the last couple of years and Sai Pallavi stole everyone’s hearts with Fidaa, and this has raised expectations on MCA.

Bhumika will be making her comeback to Tollywood with a crucial role. Sriram Venu is the film’s director and Dil Raju is the producer. MCA will be hitting the screens in the third week of December as a Christmas treat. DSP is the film’s music composer.