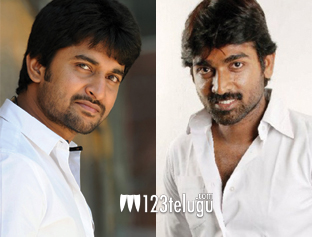 Tamil actor Vijay Sethupathi, who has acted in Pizza, has found a new fan in Nani. Although the two actors have never acted together, Nani has bought the remake rights of one of Vijay Sethupathi’s upcoming films, Pannaiyarum Padminiyum. The film’s audio was launched recently in Chennai and Nani was one of the guests at the event.

Speaking at the audio launch, Nani said, “I’m a big fan of Vijay Sethupathi and I’ve watched all his films except for his most recent one. When I bought the remake rights of Pannaiyarum Padminiyum, I thought I bought an expensive lottery ticket; however, after watching the film, I feel that I’ve hit a jackpot. There are only four characters in the film and I’m confident that it’ll do quite well with the audience.”

Nani has two films in pipeline including Paisa, Jenda Pai Kapiraju and after that he’ll soon be seen in the Tamil remake of Band Baaja Baarat. The Telugu version of Pannaiyarum Padminiyum is expected to go on floors early next year and Nani himself will be producing the film. The pre-production and casting is yet to be finalized. The film, which is set in a village, revolves around a Premier Padmini car.