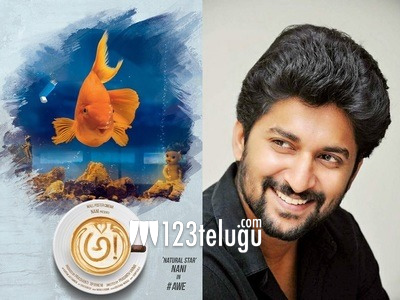 Earlier this year, Nani turned producer for an experimental film Awe! which had the likes of Kajal, Nithya, Regina, Eesha, Srinivas Avasarala among many other actors playing lead roles. While the film got a mixed reaction from the critics, Nani is quite excited that the film impressed the target audience and more importantly, it got a lot of social media traction.

Talking about his future plans as a producer, the actor said, “I want to introduce as many new talents as possible. Not necessarily directors but actors and technicians too. A few decades from now, when people look back at my work, I want them to remember my production house Wall Poster Cinema.” He also revealed that he has formed a team to listen to scripts since several new directors have been approaching him post Awe!

Meanwhile, these days, he is busy shooting for his next film along with Nagarjuna. Sriram Aditya is directing the film and it also stars Rashmika and Aakanksha Singh.