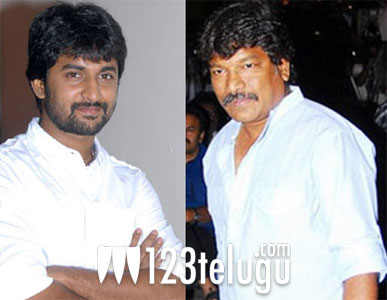 The latest schedule of Nani’s upcoming film in Krishna Vamsi’s direction began recently in Dubai. Catherine Tresa is playing the lead role in this film. Ramesh Puppala is producing the film under Yellow Flowers banner. Most part of the film has already been wrapped up and only couple of songs are yet to be shot. The film unit will reportedly return to Hyderabad in the second week of December after wrapping up the shoot in Dubai. The film’s title hasn’t been finalized although Paisa was under consideration. Nani plays a model in Old City in the film and it’s said to have quite a few political elements which are inspired from real events. Charan Raj is playing the villain’s role in this film. Krishna Vamsi hasn’t had a hit in a long time and he’s working hard to come out of that zone. The film is likely to release in early 2013.