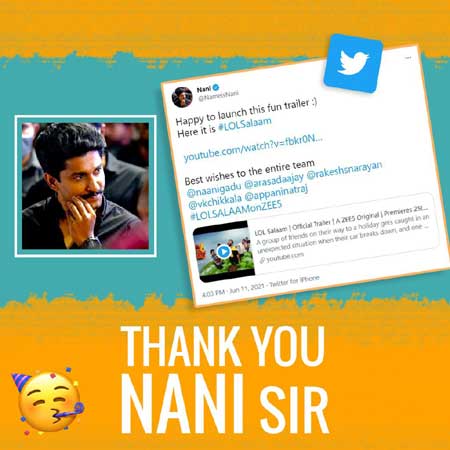 Hero Nani has just launched the trailer for the upcoming Zee5 series, Lol Salaam. Starring a bunch of newcomers, this comedy series is gearing up for its digital premiere on the 25th of June.

Lol Salaam’s trailer showcases the story of a group of friends from Hyderabad which decides to take a vacation. But their car breaks down en route, and one of them unwittingly steps on a landmine in forest. The fun events that follow will form the main crux of the story.