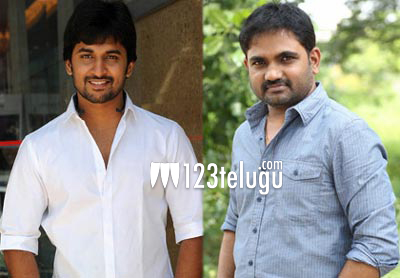 We have reported earlier that young hero Nani will team up with director Maruthi for his next project which has been tentatively titled ‘Bhale Bhale Magadivoy’. This movie was launched grandly today morning in the premises of film nagar. Star producers Allu Aravind and Dil Raju have graced this event with their presence .

Andala Rakshashi fame ‘Lavanya Tripathi’ will share screen along with Nani in this comedy entertainer. Gopi Sundar is handling the music department. This movie is being produced by the makers of ‘Mirchi’, U.V Productions, in association with Geetha Arts banner.

Speaking on the occasion, director Maruthi announced that this is a very interesting love story which includes entertaining elements.