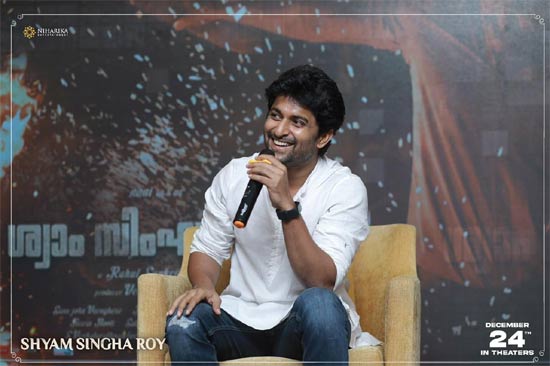 The much-awaited Nani’s movie Shyam Singha Roy is releasing this Friday in theaters worldwide. Ahead of the grand release, the entire team of the movie has given a special interview.

In the interview, Nani revealed how he prepped to look pleasing in the role of a Bengali writer. The actor said that he imagined the look of the character when the director narrated him the story.

He also added that he was in a dilemma whether he could attain the look the director wished for or not. After make-up, one of the managers didn’t recognize him for minutes, said Nani. He then believed that he could make it without any doubt.

In fact, Nani looks fantabulous in the avatar. Directed by Rahul Sankrityayan, the movie also has Sai Pallavi, Krithi Shetty and Madonna Sebastian as the female leads.