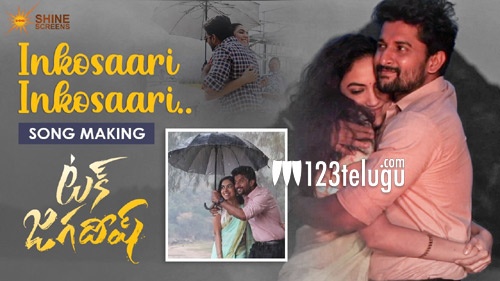 The makers of Tuck Jagadish are stepping up the promotions with each passing day. Today, a short video of the super hit romantic number Inkosaari’s making has been unveiled and it showcases the beautiful chemistry between the lead pair Nani and Ritu Varma.