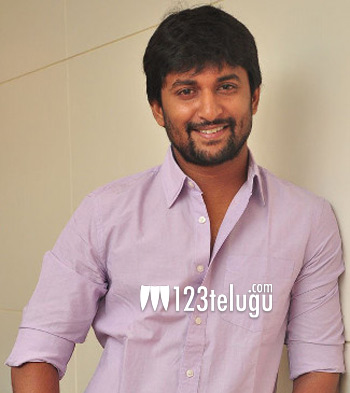 For the first time since he turned father, Nani has shared the picture of his son to the world. Nani and his wife Anjana have named their son as Arjun and earlier today, Nani took to Twitter saying, “Say Hi to everyone Arjun 🙂 #Nani2point0.”

Nani and Anjana were blessed with a baby boy on March 29 this year, on the occasion of Ugadi. The actor has been spending as much time as possible with his son, despite his hectic work schedule.

Currently, he’s awaiting the release of Ninnu Kori and there’s another film ‘MCA’ which was launched recently.