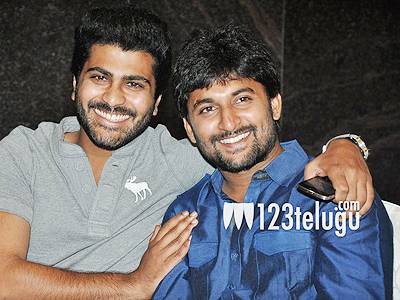 Nani and Sharwanand are two of the busiest actors in Tollywood today, and both of them have been working back to back to deliver at least three films in any given year. While Nani has already had Nenu Local and Ninnu Kori releasing this year, his next film MCA is expected to hit the screens by the end of the year.

The two actors hung out, along with other members of their crew, in Pollachi and spent quite sometime with each other. It’s certainly one of the very few occasions where two Telugu films are being shot in Pollachi at the same time.