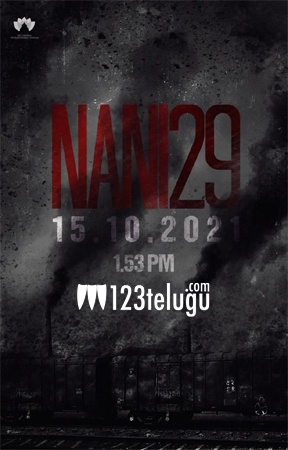 The stage is all set for the grand announcement of Nani’s 29th film. This as-yet-untitled film will be announced at 1:53 PM on October 15, on the auspicious occasion of Dasara festival. The film’s cast and crew details will also be out at the time of announcement.