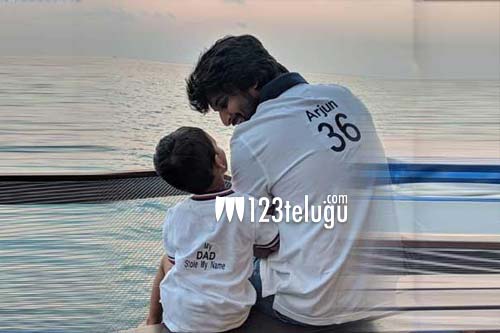 Nani is busy promoting his latest film Jersey which will release tomorrow. Meanwhile, Nani posted an adorable picture of him with his son which has gone viral.

The picture is quite special as both son and dad have worn some very cute T-shirts. Nani is seen wearing the name of his son Arjun on his T-shirt whereas his son’s T-shirt says My Dad stole my T-Shirt.

This picture has gone viral and is breaking the net as of now. Nani is super confident about his film as he feels that it is the career best to date.

Gautam Tinnanuri directs Jersey which has Shraddha Srinath in a lead role.