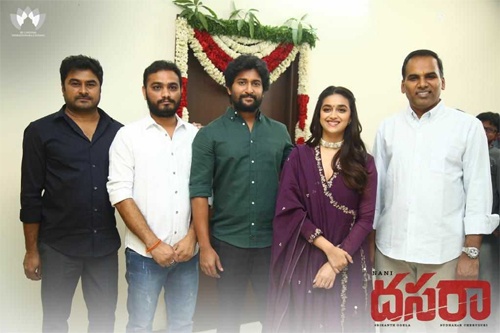 Directors Sukumar, Tirumala Kishore, Venu Udugula and Sarath Mandava attended the pooja ceremony as the guests. For the muhurtham shot, director Srikanth’s father Chandraiah switched on the camera, Nani and Keerthy Suresh sounded the clapboard. Tirumala Kishore, Sudhakar Cherukuri and Srikanth Odela handed over the film’s script to the team.

Billed to be an action drama, Dasara will showcase the actor in an intense avatar. To note, the story is set in a village situated in Singareni Coal Mines in Godavarikhani.

Samuthirakani, Sai Kumar and Zarina Wahab are also a part of this movie, which has the music of Santhosh Narayanan. Produced by Sudhakar Cherukuri under the Sri Lakshmi Venkateswara Cinemas banner, the movie’s principal shoot will be commenced from March 2022. 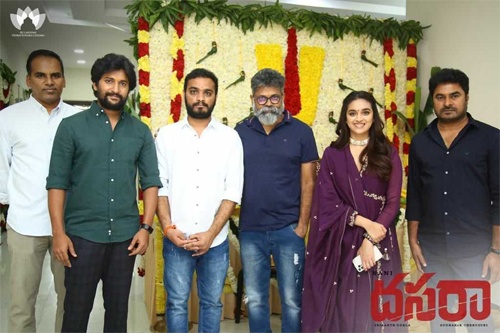