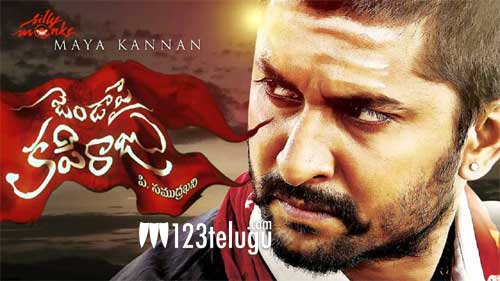 Nani’s 2015 action drama, Jenda Pai Kapiraju under the director of Samuthirakani failed to impress the audience. Co-starring Amala Paul and Ragini Dwivedi, the film was even released in Tamil.

Now, the latest news is that five years after its release, the film is gearing up for its first-ever TV premiere on Star MAA this coming Sunday. As per the buzz, the film’s satellite deal is closed for Rs 2 crores.

Nani played a dual role in this film and was lauded for his performance.