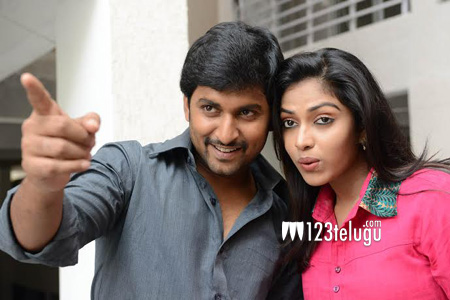 Nani’s upcoming film Jenda Pai Kapiraju is finally gearing up for release on March 7. Earlier, the makers had planned to release the film on February 14; however, they decided to postpone the film just a week prior to the announced date. Samuthirakani has directed the film. Vasan Visual Ventures and Multidimension Entertainment Pvt Ltd are jointly producing the film.

Jenda Pai Kapiraju is said to be based on a true incident and Nani is playing dual roles in this action drama. Amala Paul is the lead actress and it also stars Sarath Kumar and Ragini Dwivedi in key roles. The film is currently in post-production stage and Nani is confident that it’s going to be a milestone in his career. “I’ve worked really hard in the film and the whole credit goes to Samuthirakani, who guided me during the entire shooting process,” Nani had said in an earlier occasion.

GV Prakash has scored the music and the film will release simultaneously in Telugu and Tamil. Jayam Ravi has reprised Nani’s role in the Tamil version.