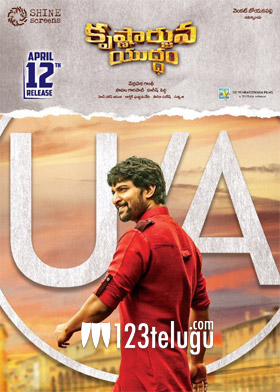 Nani’s next film is Krishnarjuna Yuddham which is directed by Merlapaka Gandhi. The pre-release business of the film is currently on and the latest we hear is that the film has completed its censor formalities with a U/A certificate.

The film is also seeing a massive release in both the overseas and Indian markets and we need to see what kind of a sensation does it creates at the box office.