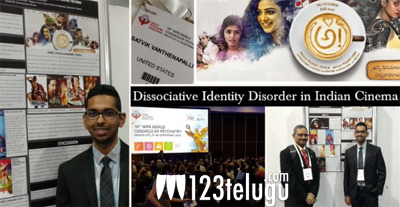 Hero Nani turned full-fledged producer with an experimental psychological thriller, titled Awe. Directed by debutant Prasanth Varma, Awe released earlier this year and became a money-spinner at the box-offices worldwide. Kajal had played the main lead in the film and several other popular stars were seen in extended cameos.

Now, Awe became a case study at the World Congress of Psychiatry in Mexico. A Telugu medical student named Satvik Vanthenapalli tweeted to both Nani and Prasanth, saying that he had presented the movie at the conference as ‘Dissociative Identity Disorder in Indian Cinema’. He also said that the poster had caught everyone’s attention and they wanted to see it. That’s a rare feat by a Telugu film!