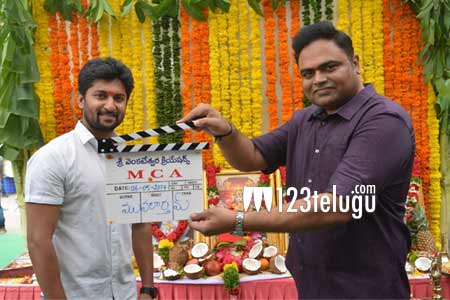 Nani is wrapping up films at a jet speed. Fresh from the grand success of Nenu Local, the actor has already completed the shooting of his soon be released romantic entertainer, Ninnu Kori.

This morning, Nani’s next film, MCA (Middle Class Abbayi), has been launched officially. MCA is a romantic entertainer and it stars Premam girl Sai Pallavi as the female lead. Venu Sreeram is the film’s director and Dil Raju is the producer. DSP will score the music.