Nani’s second home production gets an interesting title
Published on Oct 24, 2019 10:55 am IST 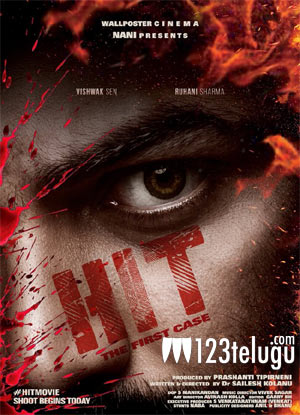 Hero Nani has made an official announcement about his second home production this morning. Starring Falaknuma Das fame Vishwak Sen and Chi La Sow actress Ruhani Sharma in lead roles, the film has been titled Hit and it is touted as an investigative thriller.

Nani said that like his maiden home production, Awe, Hit will also feature a unique concept and some great talents working together. The film’s regular shoot will commence today and debutant Dr Sagar Kolanu will direct the movie. The music will be composed by Vivek Sagar. Prashanti Tipirneni is the producer of Hit and Nani is the presenter.