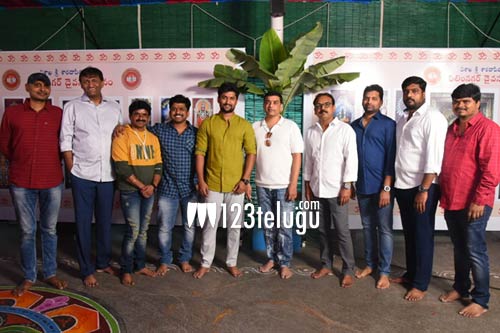 It’s well known that Nani’s next film will be directed by his Ninnu Kori director Shiva Nirvana. The film has been titled Tuck Jagadish and it has Ritu Varma and Aishwarya Rajesh as the female leads.

This morning, Tuck Jagadish has been launched with a formal muhurtham ceremony. The regular shoot will commence from February 11th. Star character artiste Jagapathi Babu plays a key role in this entertainer. Sahu Garapati and Harish Peddi are jointly producing the film.