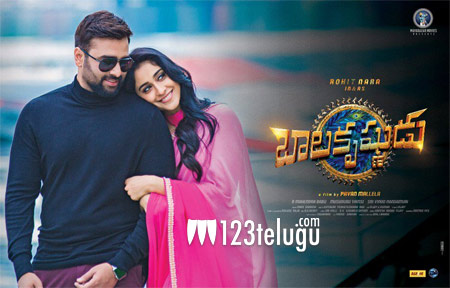 Balakrishnudu has become the talk of the town all over as Nara Rohit is seen in a lean avatar after a long time. The trailer of the film was launched yesterday and the first impression we get is that Nara Rohit has tried an out and out commercial film for the very first time and he seems to impress everyone in the trailer.

The trailer packs a punch and showcases the faction backdrop in style. Ramya Krishna is pitted against Nara Rohit in this film which is directed by Pawan Mallela.

The trailer also showcases ample comedy from Prudhvi which is said to be yet another highlight of the film. Regina is cast as the female lead of this film which is up for a release on the 24th of November.