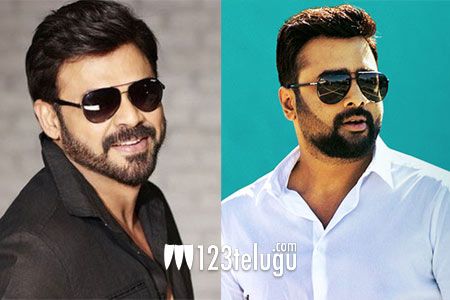 It is well known that Victory Venkatesh has committed to doing a project in Teja’s direction. The project is expected to kick-start its regular shoot soon after Teja wraps up the prestigious biopic, NTR, which has Balakrishna in the lead role.

Meanwhile, an exclusive update regarding Teja-Venky’s film is that the makers have roped in young hero Nara Rohit for an important role. Bollywood starlet Aditi Rao Hydari has already been finalized as the female lead opposite Venky.

Suresh Productions and Anil Sunkara will jointly produce this film. Keep watching 123telugu for more exciting updates on this project.