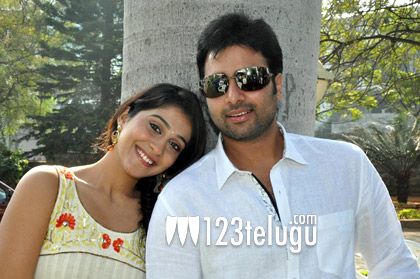 The shooting of Nara Rohit’s new film in Tatineni Satya’s direction has commenced officially. Regina Cassandra is playing the lead role opposite Nara Rohit and the film is being touted as a mass action entertainer. The untitled film was launched in January and in the first schedule some scenes are being shot on the lead pair in and around Hyderabad. Nara Rohit’s characterization is apparently quite subdued and the actor revealed that it’ll be similar to what he had played in his debut film Baanam.

The film’s shooting is expected to be wrapped up by mid April and the makers are aiming for a summer release. RV Chandramouli Prasad is producing the film under Sri Leela Movies banner and KS Rama Rao is presenting it. Sai Karthik is composing the music and Surender Reddy is the cinematographer.