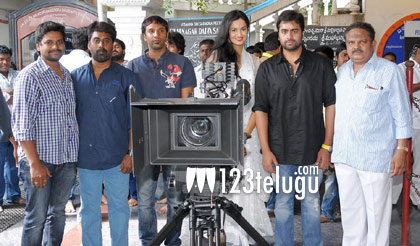 Young hero Nara Rohith has signed a new film. He will be seen with Shubra Ayyappa for this project and the film’s muhurtham ceremony was held today morning at the Filmnagar temple. Prashanth Mandava is making his formal debut as a director with this movie. The movie is expected to be an action entertainer with a romantic backdrop.

Anand Ravi has penned the story and dialogues for this movie. Sai Karthik will be composing the film’s tunes. The film is being produced by J.Sambasiva Rao on Sudha Cinemas banner.

Nara Rohith is currently busy with a host of projects, including the film ‘Shankara’.