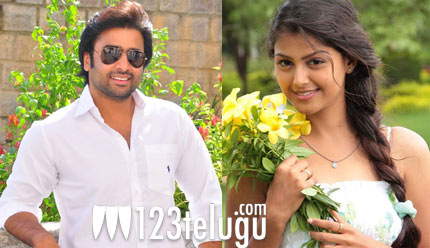 Nara Rohith will be romancing Monal Gajjar in an upcoming movie that is being produced by Sri Sailendra Movies Corporation banner, with D.S. Rao as the producer. Monal Gajjar made a good impression in Allari Naresh’s ‘Sudigadu’ and she has recently bagged a big project in Tamil. Kartikeya is making his debut as a director with this movie.

The team is currently being filmed in areas close to Rajahmundry. Anoop Reubens is providing the tunes for this movie. Shooting is expected to go on at a good pace and the makers are reportedly targeting a summer release for the project.

Nara Rohit’s ‘Okkadine’ is getting ready for release and it will most probably hit the screens in early 2013.