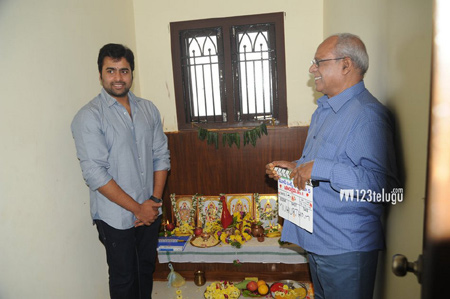 Nara Rohith who has established himself as a successful actor with Banam and Solo has launched his new movie today in Hyderabad. With this film young lyricist Krishna Chaitanya is marking his debut as a Director. Movie Mills and Cinema 5 are combinedly producing this movie. Speaking on the occasion the makers said that this film is going to be an Action comedy Entertainer and the characterisation of Hero is different which will be a highlight of the film. It seems that Krishna Chaitanya has come up with a brilliant story and this movie is going to be an out and out commercial entertainer. The movie is expected to start its regular shoot from 25th of this month.

Visakha Singh and Nandini Rai are paired opposite Rohith. Music of this film will be done by Sunny. We will have to wait and see if Nara Rohith who is desperately waiting for a big hit after Solo can make it big with this movie or not.