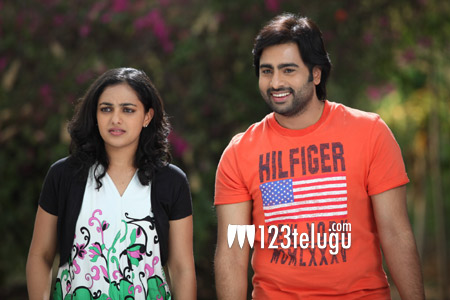 Nara Rohith and Nithya Menen’s romantic entertainer ‘Okkadine’ will be hitting the screens on Valentines Day, i.e. February 14th. The movie is expected to have a cool and contemporary romantic track and Srinivas Raga is the director of this film. The release date has been confirmed by the film’s production team through an official confirmation.

C.V. Reddy has produced this film on Gulabi Movies banner and Karthik has composed the music. Nithya Menen has earned herself a good fan base among A center and multiplex crowds and Nara Rohith is making a mark as a promising talent, so this film should be interesting to watch.