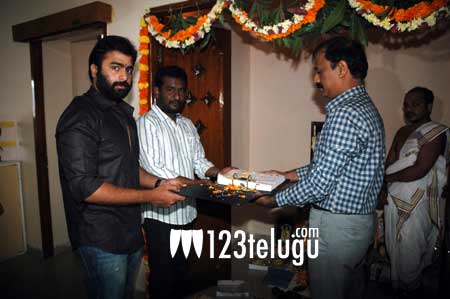 Upcoming actor Nara Rohit’s new film, was launched today with a simple puja ceremony in Hyderabad. Produced by D Srinivasa Rao,t his film will mark the directorial debut of Kartikeya. Two young heroines will be paired opposite Nara Rohit in this romantic entertainer. Regular shooting of this film will commence from Dussehra. Anoop Rubens composes music for this film as more details on this project are still awaited.