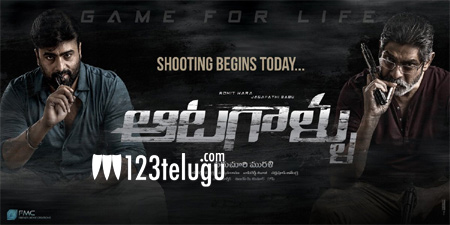 Nara Rohit disappointed everyone with his last outing Balakrishnudu. Losing no hope, he has already moved on to his next project. The film in the discussion has gone on floors earlier today.

The interesting factor is that Jagapathi Babu will also play yet another major role in the film. The action entertainer will be directed by talented director Paruchuri Murali.

Friends Movie Creations will produce this film. More details of this project will be revealed soon