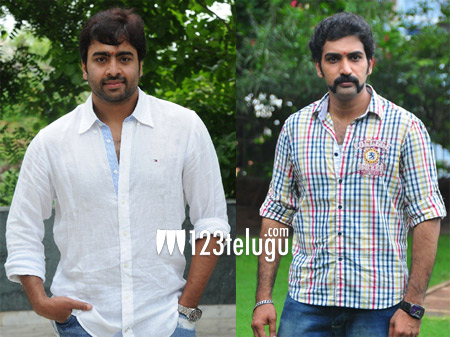 Nara Rohit is perhaps the most busiest actor in Tollywood with many projects in hand. It is already a known fact that Rohit has okayed a film titled ‘Raja Cheyyi Veste’ in débutante Pradeep’s direction.

Latest update reveals that Nandamuri Taraka Ratna has been signed on to play the negative role in the film. This is the second film after Amaravathi, that Taraka Ratna will be seen in a role with complete negative shades.

Produced by Sai Korrapati, this film is said to be an out and out action entertainer and it would be really interesting to see both Nara Rohit and Taraka Ratna locking horns with each other.