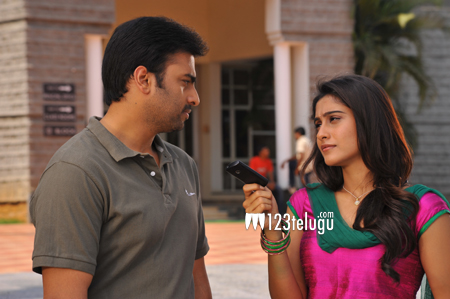 Young hero Nara Rohit and Regina will be seen as the lead pair in the action entertainer, ‘Shankara’. The audio album will be released through Aditya Music in the second week of March and the theatrical release is being planned for mid summer. The movie’s shoot has been completed a long time ago and post-production activities have also come to an end.

Tatineni Satya, who directed ‘Bheemili Kabaddi Jattu’, is the director of this film. The movie is being produced by Vasireddy Chandra Mouli Prasad and noted producer KS Rama Rao is presenting the movie.

Sai Karthik has composed the music for ‘Shankara’. Nara Rohith has an interesting characterisation in this film.