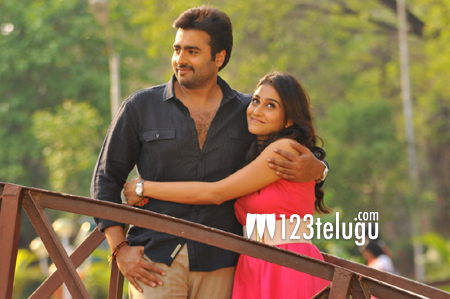 Nara Rohit and Regina’s action entertainer, ‘Shankara’, is going to hit the screens in the last week of August. The audio launch will take place in the first half of the same month. The film has completed its shoot except for one song. Post – production activities are going on in parallel.

Tatineni Satya is the director of this movie and R.V.Chandra Mouli Prasad is producing the film on Sri Leela Movies banner. Noted producer KS Rama Rao is acting as the presenter.

Sai Karthik has composed the tunes for this movie and Surender Reddy is the cinematographer. Ahuthi Prasad, M.S.Narayana, Rajeev Kanakala and Pragathi are essaying important roles.