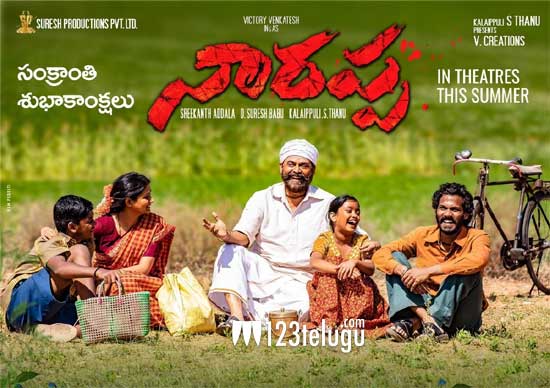 Venkatesh’s Narappa is one of the most eagerly awaited movies of this summer season. The film was scheduled to open in cinemas on May 14. However, Venky took to Instagram and announced that the film’s release has been postponed due to the present circumstances.

Venky said that they made Narappa with a lot of dedication and hard work and that the film is being delayed only keeping in mind audiences’ safety and health in these turbulent times. Venky further said that the film will be released at the right time and urged everyone to mask up and stay safe.

Narappa is an official remake of the acclaimed Tamil action drama, Asuran. The film also features Priyamani in a lead role. This Sreekanth Addala directorial is being produced jointly by Suresh Babu and Kalaipuli S Thanu.