Narappa’s Chalaaki Chinnammi song lives up to its original
Published on Jul 11, 2021 10:19 am IST 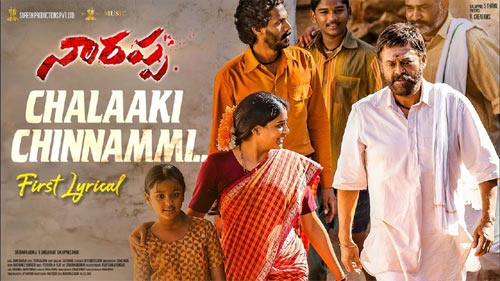 The makers of Venkatesh and Priyamani’s Narappa, an official remake of the acclaimed Tamil revenge drama, Asuran, have just released the film’s first single. Titled Chalaaki Chinnammi, the song is a breezy and pleasant recreation of its Tamil original, Yen Minukki.