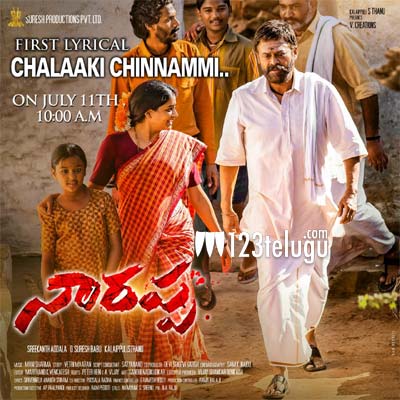 Amid reports that the makers of Venkatesh and Priyamani’s Narappa have cancelled the OTT deal to have a theatrical release first, the film’s first single is all set to be launched on Sunday (July 11). Titled Chalaaki Chinnammi, the song will be released at 10 AM.

“Get ready to meet Narappa and his family soon,” Narappa’s song announcement poster read, with Venky, Priyamani, Karthik Ratnam, Rajeev Kanakala and the child artistes are seen on the poster. Manisharma has composed the soundtrack, while Srikanth Addala has directed this Asuran remake. Suresh Babu and Kalaipuli S Thanu are the producers.