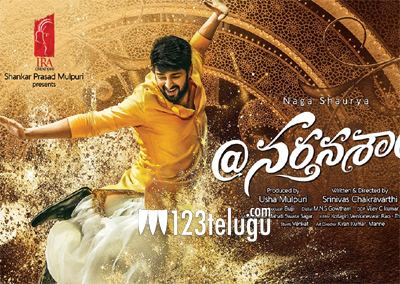 Post the success of Chalo, Naga Shourya found his stardom back and his trying his luck with yet another new film called Naratanasala. The film is ready for a release on the 30th of this month in a grand way.

Meanwhile, there is a good craze for this film in the US and the latest we hear is that it will have premiere shows in over 150 screens on the 29th of this month which is the highest ever for a Naga Shourya film.

The gay comedy which was showcased in the teaser has clicked quite well and we need to see what else Naratanasala has to offer us. Shourya’s home banner is producing this film.