Naresh Agastya’s next gets an interesting title
Published on Apr 3, 2022 9:14 am IST 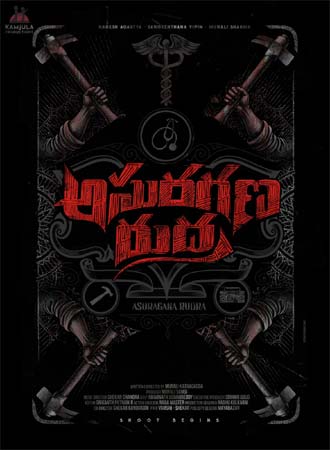 Written and directed by Murali Katragadda, the makers of the film have announced the title and it is, Asuragana Rudra. Billed to be a medical crime thriller, the movie has the Malayalam actress Sangeerthana Vipin as the love interest of the actor.

Aryan Rajesh is playing a crucial role in this movie, which also has Murali Sharma, Shatru, Amith, Amani, Devi Prasad and others in key roles.

Produced by Murali Vamsi under Kamjula Productions, the movie has Shekar Chandra’s music. The regular shoot of the film will commence on April 6, 2022.