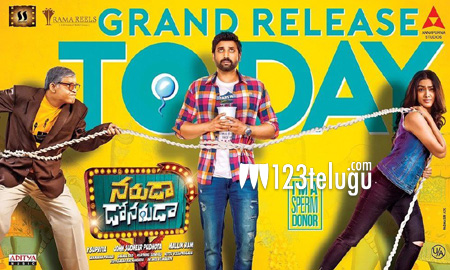 Actor Sumanth’s much talked about comedy drama, Naruda DONORuda, has made all the right noise until a day before its release. Yesterday, the Markapur court gave an injunction order staying the film’s release after a person named Tallapalli Prasad moved the court alleging that Naruda DONORuda’s producer owes him 2 crores.

According to the latest update, Naruda DONORuda has overcome all the obstacles overnight and is set for a grand release today as scheduled earlier. The film is an official remake of the Bollywood hour Vicky Donor. Mallik Ram has directed the Telugu version and Sumanth himself has produced it along with John Sudheer. The film stars Pallavi Subhash as the leading lady.