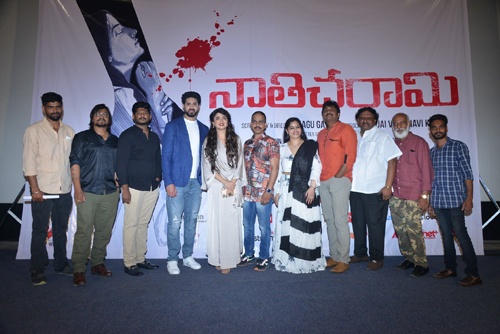 Arvind Krishna, Poonam Kaur and Sandesh Buri are the lead actors in Nagu Gavara-directed ‘Nathicharami’. Presented by Shrilaxmi Enterprises, the film is produced by A Studio 24 Frames’ Jai Vaishnavi K.

The trailer for the movie was released recently and it has been garnering a superb response. After completing all formalities, the film is slated to be released on 20 platforms on March 10.

Amazon Prime Video, Hungama, Sony, Tata Sky, Airtel Xtreme, MX Player and others are the ones. Today, the team of the film interacted with the media to talk about their movie and the big release.