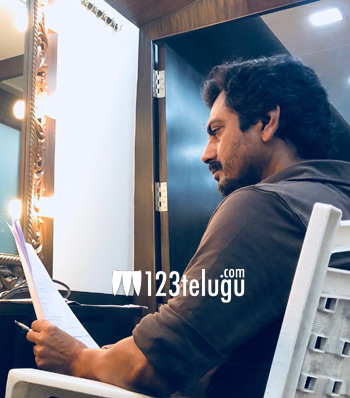 The ongoing project of Rajinikanth in the direction of Karthick Subbaraj has become a hot cake of sorts as none other than Bollywood actor Nawazuddin Siddique is playing a key role in it.

The national award winning actor today joined the sets and posted a photo rehearsing his Tamil lines. Nawaz in his own way said that he is very excited shooting with the superstar Rajini himself.

Simran, Trisha, and many other star actors are playing key roles in this film. Sun Pictures are the production house. Anirudh scores the music.

Rehearsing my lines for my first Tamil movie #Thalaivar165.
Delighted to be working with the Superstar #Thalaivar pic.twitter.com/JXfVheBAvR