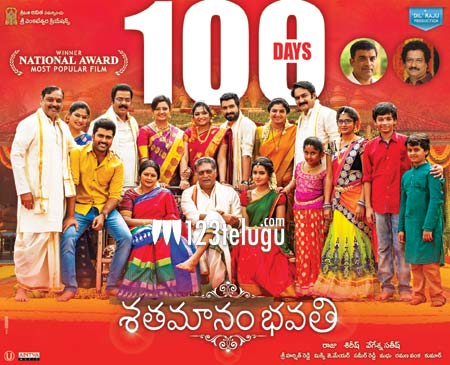 Released on January 14th as a Sankranthi family treat, Dil Raju’s Shatamanam Bhavathi has completed its grand 100-day theatrical run. The film was directed by Satish Vegesna and it starred Sharwanand and Anupama Parameswaran as the main leads.