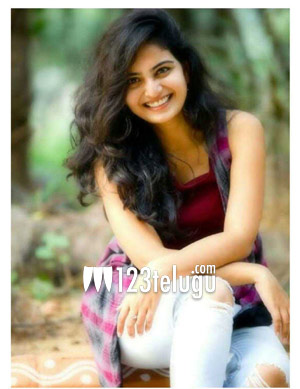 Native Telugu heroines are slowly but steadily making their presence felt in the industry from the past two years. Ananya is one actress who proved her mettle with the film Mallesham which had Priyadarshi as the main lead.

Now, the Hyderbad based software engineer has bagged a biggie. The latest update is that Ananya has been roped in for Pawan Kalyan’s new film which is the remake of Pink. She will be one of the three girls who will play leads in this film.

This project is a big move for Ananya and if the film clicks, then it will be no looking back for her. More details of this project will be revealed very soon.