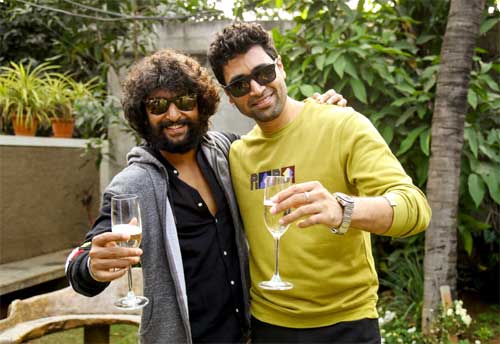 Adivi Sesh’s HIT 2 was yet another satisfying outing from the actor. The actor is special for his thriller flicks, and he didn’t disappoint the fans this time too. Directed by Sailesh Kolanu, the movie got positive reviews from all over.

The public talk is also highly encouraging and good openings are guaranteed. Natural star Nani, the presenter of the film, took to his social profiles and thanked the fans for the success of this murder mystery. He posted a picture with Adivi Sesh, and the duo is seen celebrating the victory.

The rugged look of Nani became viral, and he wrote he was two times happier. The film’s success has now enhanced the expectations for the third part. Prashanti Tipirneni produced the film, and Meenakshi Chaudhary played the female lead.

2 times happier 🙂#HIT2
Thank you all for the #BloodyBlockbuster ♥️