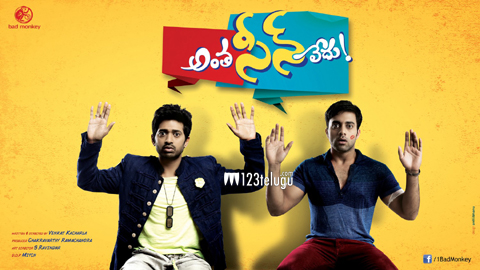 Navdeep and Shashank have teamed up for the film ‘Antha Scene Ledhu’. The first look of the movie and the title were released today.

The lead actors have completed dubbing for the film and other post production activities are going on. This movie is expected to be a comedy thriller. Chakravarthy Ramachandra, who was the executive producer of Siddharth’s ‘Love Failure’, is the producer of this film and he has produced this movie on ‘Bad Monkey’ banner.

The release dates of the audio and the movie will be announced soon. Two heroines are making their debut with this film. Venkat Kacharla is the director of the movie and this is his first project.