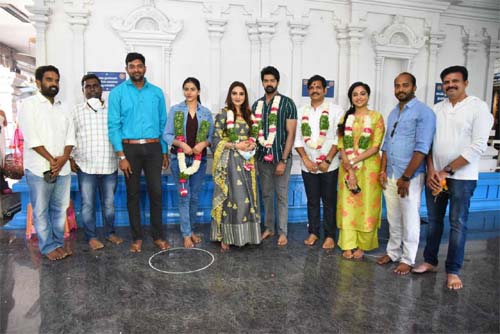 With each passing day, hero Naveen Chandra is doing some really interesting films. He has become a producer’s actor and many in the industry are showing interest to do films with him these days.

More than anything, the manner in which he is trying all sorts of roles has also made him a producer’s favorite. Today, yet another film of Naveen was launched in Hyderabad.

Directed by Aravind, this film was launched by C Kalyan. Yesteryear star heroine, Madhubala also plays a key role in the film. Produced by Sarvanth Creations, this film has music by Ghibran. Smriti Venkat is the heroine. More details of the film will be out soon.