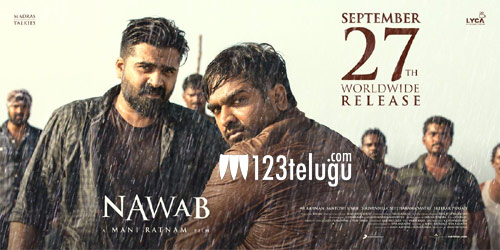 Mani Ratnam’s latest film Nawab has gotten a big thumbs up from the audiences, especially in Tamil Nadu, and it is little wonder that the response from the audience has brought a big cheer to the whole team. The film is raking in huge moolah in Tamil, although the Telugu version has had a slow start at the box office.

Amidst all this, a section of people pointed out that Nawab shares a lot of similarities with a 2013 Korean film, New World. The film’s trailer is being widely shared on social media and it seem like Vijay Sethupathi’s characterisation and the plot share some similarities with that of New World. However, sources close to the makers have completely denied these allegations stating that there is nothing in common between the two films.

On the other hand, Nawab seems to be heavily inspired from a Tamil epic novel, Ponniyin Selvan written by Kalki Krishnamurthy. Whatever the case might be, early response suggests that the project has given Mani Ratnam a hit after a long time in Tamil.