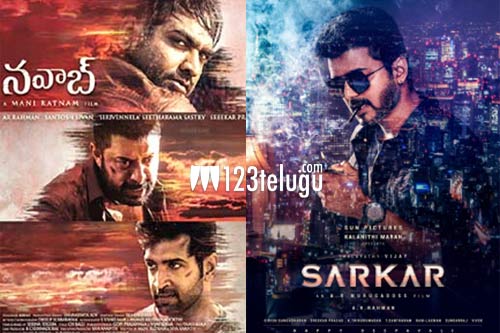 Thalapathy Vijay and star director AR Murugadoss’ political thriller, Sarkar, is one of the most eagerly awaited biggies that will hit theaters as a Diwali special treat. The film is gearing up for a grand release on November 8. Leading Tamil production house Sun Pictures is bankrolling this prestigious project with a huge budget.

As per the latest updates, Ashok Vallabhaneni, who distributed Mani Ratnam’s acclaimed gangster drama Nawab, has acquired Sarkar’s Telugu version’s distribution rights by shelling out a whopping Rs 6 crores. Sarkar will be getting a wide release across the twin Telugu states since Vijay’s last movie, Adirindhi, was a big hit.